The Handsomest Man in Deutschland

I've just received a couple of reviews for the German edition of the Handsomest Man in Cuba - re-titled Cuba Particular by the folks at Piper-Verlag/National Geographic Adventure Press. Here they are:

Review 1 - Globetrotter
Review 1 - a random online review
See translations at the bottom of this post ...

If you can read German, be my guest and post a comment below telling us all what they say! Although I studied German for 4 years at school, the only words I know are "Lebkuchen" - a heavenly gingerbread cake-cookie dipped in a thin layer of dark chocolate, and only sold around Weinachten (Christmas), and "Sie antwortet, das fussball ihr langweilig ist." which means "she replied that she found football boring."

A German friend in New York mentioned that the translation sounded a little strange, so I asked the publishers to reassure me otherwise. Here's what they replied:

As your German editor I'm very sorry to hear that your German
(speaking) friends criticized our translation of your wonderful
Cuba escapade THE HANDSOMEST MAN IN CUBA.

At the same time, I'm grateful for the chance to assure you of our
high standards in terms of translations for our NATIONAL GEOGRAPHIC
paperback series and the impeccable track record of your German
translator Andrea O'Brien. To wide critical acclaim she translated
renowned travel writer's such as Maria Coffey, Tahir Shah, Josie
Dew, and Iris Bahr, amongst many more.

As an avid admirer of your writing Andrea O'Brien worked
meticulously to capture your voice, particularly its spirited and
spontaneous undertones. I can only assume that this might have led
your friends to criticize the translation as "too colloquial" where
it is, in fact, as true to the tone of your original text as a
translation can possibly be.

Moreover, I hope you'll be relieved to hear that the critical
reception of your book in Germany is another case in point of the
translation's high quality. Your book received very favorable
reviews, which appeared in the widely read German adventure
magazine Globetrotter, in a magazine for book-sellers ("Book-seller
today"), and on a much visited Austrian online portal for book
reviews. Up to now we haven't received a single negative comment on
the German edition of your book, neither from critics nor from
readers. On top of this one of the most popular German long-
distance bikers Tilmann Waldthaler read the German translation of
your book in manuscript and supported it with an enthusiastic pre-
pubilcation quote ("An adventurous trip of a brave young woman who
sees and describes the world in a refreshing manner.").

I very much hope this information helped to reassure you of the
high quality both of the translation and the publication background
of the German edition of your book. Please feel free to contact me
directly with possible further questions anytime you wish.

Many thanks and all best for your ongoing and future adventures -
of which I'm of course always interested to learn more,


Well, I can assure you my voice isn't eine klien nachtmusik to everyone and I can only imagine translating my ABC-isms (Australian Born Chinese-isms) was a big challenge. Still,

What's more, we have Bike Friday Dealers in and around Germany now, so the more small wheeled bicycle cheer I can spread, the better.

Thanks to the literati involved in this project: Stéphanie Abou @ Foundry Literary + Media, Sabine Ibach @ MOHRBOOKS AG and Philip @ Piper-Verlag for their kind attention. I feel like Bill Bryson for 15 nanoseconds!

TRANSLATION of the above reviews

Kindly provided by Monika Werner of Joschi Body Bodega. She's the co-owner of the studio where I am getting my yoga teacher certification ...

1. Globetrotter Review
Lynette Chiang
Cuba particular
A tour around the island with a bicycle, the train and a van [A van? Are you kidding? - The Gal]
255 pages, 13 color pictures paperback

A meander around Cuba - what started as a round trip by bicycle morphed into a zigzag across Cuba by bicycle, car and train. Lynette Chiang, curious about the country and its people, traveled across Fidel Castro's empire far from the tourist throng. Despite their deprivation, Cubans constantly surprised her with their openness and love for life. At the age of 34 she left a respectable job, 3 bedroom house, fast car and a nice guy in Sydney and - despite an appalling sense of direction went on to discover the world by bicycle. Since then she's lived and worked in Great Britain, Ireland, Nicaragua, Costa Rica, Panama, Cuba, Mexico, Peru and the USA.

Lynette Chiang's initial plan was to simply travel Cuba by bicycle. What developed a blithe, Caribbean zigzag across Castro's Cuba far from the tourist throng.
She chronicles her experience in an exceptional travel tale about the Caribbean's biggest island, relating her encounters with the locals who, though living under deprivation, haven't lost their joie the vivre and openness. An impressive travelogue which explains why jumping off the trail of mass tourism is worth it - at almost every destination.

Young Australian Lynette Chiang journeyed through Cuba on a Bike Friday folding bike with simple camping gear and lots curiosity about Cuban people. Her four-month journey zig-zagging across the island from Havana to Santiago de Cuba is scenic, human, delightfully varied and enlightening. Whether on the street or in one of several casa particulars (cheap, semi-private lodgings) she is constantly surprised about the openness and contentment of the island's people, despite their tough lives under government regulation. A haunting view of Cuba far from tourist traps - insightful, and accurately observed by a passionate traveler.

books The Handsomest Man in Cuba

THE BIG news story of the day was not the GFC or the horrors in Syria, but the seizure of 20,000 pairs of fake Christian Louboutin (loo-boo-tan) shoes. In this  ABC News story you can see footage of a surly blue uniformed LA customs official handling a pair of screaming pink 6" heel pumps with rubber gloves and pronouncing them fit for the bonfire.

I Googled "spot fake Louboutin" and watched a bunch of hastily-shot home videos and blog posts laboriously pointing out the differences between the real deal and the counterfeit.  So I thought I'd add my own to the mix. Because ...

Now, I didn't set out to support fakesters. But I spotted a pair of ridiculously glitzy gold Louboutin sandals JUST MY SIZE at a fairly reputable East Village consignment store that specializes in pre-loved and ex-fashion-shoot apparel. I've bought quite a few things from this store, as the owner has great taste, fair prices and connectio…
Read more 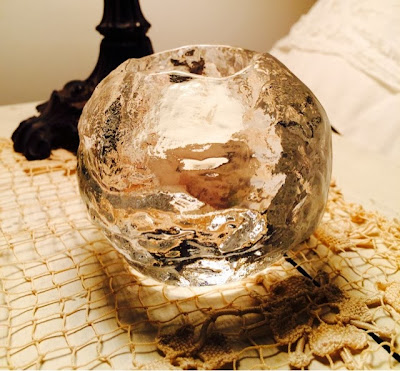 FOR THE BENEFIT of those Downunder: last week was Thanksgiving, the day when 'mericans down tools and celebrate the "the blessing of the harvest and the preceding year," according to Wikipedia

It's more like the blessing of the buffet, and generally not a day to bear gifts except for oneself: stores are now opening on the actual day of rest...is nothing sacred?
As an advertising/marketing pundit I use retail therapy to keep abreast of product design and retailing strategies (ok that's my excuse). My destination? The TJ Maxx outlet in Wilton, Connecticut, where I'm visiting for the holiday. Today it was empty. One explanation: TJ's merchandise is always on sale, so there's no real reason to make a beeline for it on Black Friday.
"You're the first customer to acknowledge that," said the bored gal at the jewelry counter where I pondered over a pair of truly fake-looking gold Ralph Lauren hoop earrings for $12. "Everyone else is demandi…
Read more

Still on a a "transcendental tear" after my Yoga teacher training, last night's spiritual excursion was to a Gongyo - a formal chanting ceremony in the Nichiren Buddhism tradition, as practised by members of Soka Gakkai International.

Nichiren Buddhism focuses on the Lotus Sutra and a belief that all people have an innate Buddha nature, and are capable of attaining enlightenment in their present lifetime. Nichiren Buddhists believe that the spread of Nichiren's teachings and their effect on practitioners' lives will eventually bring about a peaceful, just, and prosperous society.

Sounds good to me!

I was first introduced to SGI by leadership coach and friend Chuck Craytor, an SGI devotee for over 20 years. I was mesmerized by the power of even a small roomful of people chanting the key mantra, or Daimoku: Nam-myoho-renge-kyo.

From Wiki: The basic practice of SGI members is based on faith, practice, and study. Faith enta…
Read more