Review: Life on the other side of the pleated curtain: United First Class 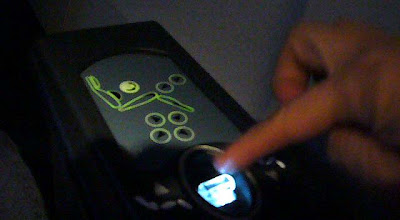 I just spent 5 hours in a $1500 seat, and it wasn't front row at U2 either. I simply flew from San Francisco to New York City, albeit a United's P.S. (Premium Service) passenger, thanks to a friend at United Airlines ... as long as I adhered to the dress rules. Now before I'm arrested by eco-police I'll admit my languish in the lap of lux burned almost 100 gallons of fossil fuel and created 1005 tons of carbon dioxide, according to TerraPass.com. To offset this carnage I will purchase $9.95 worth of carbon offsets, good for the return trip also. Now that my conscience is slightly clearer ... Traveling United First Class - A glimpse from the large padded seat (an attempt to film and be discreet at the same time). The United First Class Dress Rules No jeans, no tank tops, no gym wear and no revealing your assets, natural or otherwise. No thongs, tennis shoes, or hiking/'military style' boots. Now usually I travel in my wicked silver-plaqued, Harley D
1 comment
Read more
More posts