A reader tracks down the Handsomest Man in Cuba! (No, it's not the hombre on the cover) 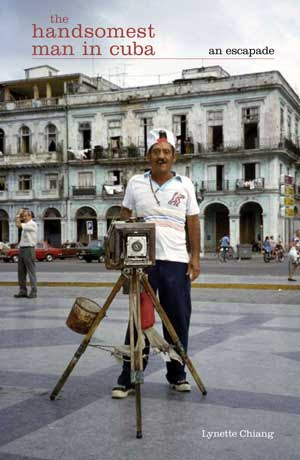 Since my book The Handsomest Man in Cuba was first published in 2003, several people have gone over and used it to track down some of the people I met and stayed with. You can read about some of those encounters in this set of blog posts . But I fell out of my saddle when Ken Lyneham from downunder actually went out of his way to locate the Handsomest Man himself. He's not the photographer on the cover (who could well be taking a photo of the Handsomest Man, or maybe Señor Hassleblad is just handsome inside) - but the hunk I met at the only fancy hotel I stayed in. And let me get the record straight - I shook his hand and that was it. So many people have written saying ... didja ... ? Puh-lese. Allow me to read you the closing line in that paragraph of daydreaming: "I let go of his hand." Yes, fully clothed and standing either side of a chicken wire gate we were, when we stopped shaking hands. Get it? More thrillingly, Ken tracked down Lolita - the most beautifu
1 comment
Read more
More posts