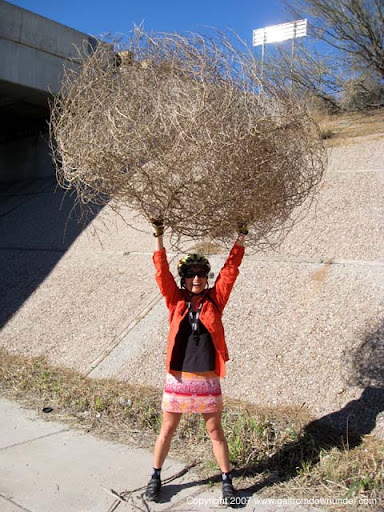 ... that means I've been busy as a botox kiosk in Beverley Hills. Doing what, you might ask? Take a look: San Francisco/Berkeley Hawaii Arizona Desert Camp making like Charles Atlas as you can see at the right ( Lon Haldeman took that shot) And now I'm off to Australia for all of April and May '08, carousing with customers here . My FastCompany blog slowed right down when they ported it over to a new system which didn't quite work at first. But now it's up and running as is my latest post (which says March 3 but it was actually March 15). One thing I tried in Hawaii, was to get a Hawaii driver's license. I thought it would be the coolest thing to hip out and brandish when the weather drops below freezing in other parts of the country. I haven't needed a car, or to drive, for 15 years. But apart from the envy factor, something tells me it might be useful to have one, especially in an emergency, and not be a burden to others. In a nutshell I p
Post a Comment
Read more
More posts