FOR THE BENEFIT of those Downunder: last month was Thanksgiving, the day when 'mericans down tools and celebrate the "the blessing of the harvest and the preceding year," according to Wikipedia.

It's more like the blessing of the buffet, and generally not a day to bear gifts except for oneself, what with stores now opening on the actual day of thanks...is nothing sacred?

As an advertising/marketing pundit I use retail therapy to keep abreast of product design and retailing strategies (ok that's my excuse). My destination? The TJ Maxx outlet in Wilton, Connecticut, where I'm visiting for the holiday. Today it was empty. One explanation: TJ's merchandise is always on sale, so there's no real reason to make a beeline for it on Black Friday.

"You're the first customer to acknowledge that," said the bored attendant at the jewelry counter where I pondered over a pair of truly fake-looking gold Ralph Lauren hoop earrings for $12. "Everyone else is demanding why our 70% off stuff isn't 100% off."

Strolling the aisles of once-were $34 leggings (now $5.99) I was stopped dead in my tracks by a blob of glass. Know what I'm talking about, dear reader? 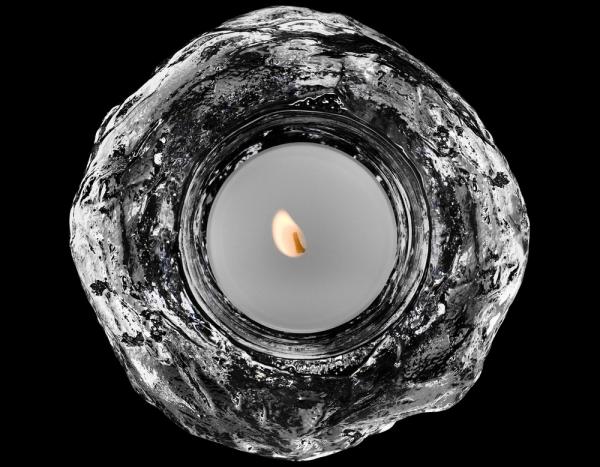 It's the Kosta Boda snowball, circa 1973, designed in Sweden by Ann Warff (now Ann Wolff). As it sat on the shelf amidst marked-down artificially scented candles and Turkish ceramics made in China, the memories came thundering down like an Annapurna avalanche ...

In my mid-teens, I spotted this iconic candle holder on a shelf in DJ's (David Jones), the Bloomingdales of Downunder. The price at the time was a very affordable $12, affordable for me, as I wasn't allowed to have a holiday job, and my meager pocket money was my only source of financial freedom. So the snowball became my signature gift at any birthday party I was invited to. While others were giftwrapping books you never want to read, or ugly t-shirts you never want to wear, or unimaginative socks and other regiftables, I'd front up with this objet d'art from the land of tall blond people. For a while, everyone got a Kosta Boda snowball from me, whether they liked it or not.

In terms of gift giving, Boda was like the Alessi (hailing from Italy) of today. Who hasn't given or received an Alessi stainless steel tchotchke of some description? Another popular gift item of the day were the multi-faceted Swarovski crystal animals I confess I never found particularly appealing.

Looking back on those formative years, the snowball all about my emerging desire to at once individual and classy...on a shoestring. I calls it Cheap and Choosy.

On Facebooking the above photo, an old school pal Peter Johnston piped up to remind me of another example of my pubescent taste making: velour Pierre Cardin facecloths. My father was as into designer labels as the next Asian (it's my culture and I'll stereotype if I want to) and I became fixated on his gold Pierre Cardin keychain and ties. Somehow I stumbled on the Cardin monogrammed facecloth and at $5.99, voila, it became my second go-to gift. Turns out velour is actually a lousy material for facecloths; it gets gummed up with soap scum and has to be machine washed often on hot ...

Who'd have thought a trip to an outlet mall could spark such cathartic childhood memories? Don't knock retail therapy; at 70% off it's cheaper than a shrink.

The only thing I didn't score so well on yesterday was price: at $19.99 (down from a vertiginous RRP $35) it was no cheaper than at KostaBoda.com, where it is on sale and is the company's "best selling item of all time."

But is it the real deal?

For folks fixated on getting one after reading this far, I note there's always a few kicking around on eBay for $10-15 plus around $7-$10 shipping (pay no more). But how do you know you're getting the real lead-crystal deal and not a cheap glass knockoff? Check out the signature snowball features:

I bought a few on eBay and the sellers assured me they were former wedding presents, or Christmas decorations in the 70's and so on. I prodded Kosta Boda on their Facebook page and managed to get some slush:

So there you have it.

A word about candles

After using the cheapest candles I could find - think IKEA, 24 for $4.99 and the like - I discovered beeswax candles. At 24 for $24 they are almost 5x more expensive. But the rich, warm glow emitted is incomparable, and beeswax is purported to purify the air. Or, word for word from this article:

Beeswax candles offer a honey scent, a golden flame, and the longest, cleanest burn of any candle. But there is much more benefit to beeswax candles compared to paraffin candles that are made from polluted petroleum sludge, or even vegetable-based candles that are a big improvement over paraffin: When beeswax candles burn, they clean the air like a great, natural, air purifier, and they are a link to a deep spiritual belief system.

For the snowball, you're best using the clear, plastic cups these candles come in for maximum light transmission. However, to avoid creating landfill, simply buy the beeswax tea lights in the foil cup and pop them in the plastic cups - you can use the cups over and over (just snap off and discard the used little wick stand each time).

Or if you want to be really unromantic, use those battery-powered tealights with the lifelike flickering flame - at least there's no risk of burning down the house. 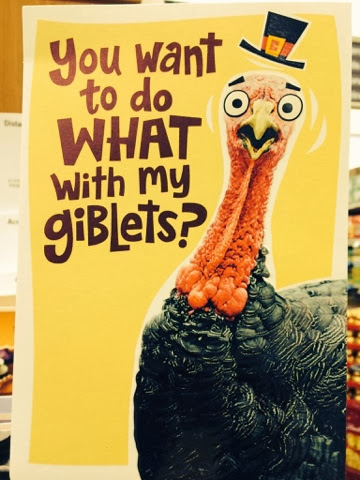 (Greeting card spotted in supermarket)
Now that you’ve got the snowball, why not pair it with a $75 New York Christmas Tree?

Brad Miter said…
Lynette,
My granddaughter was delited with th eKista Boda snowball for her birthday. Thanks for giving us the hint.
Re: Peter and Sue. Peter is retired and Sue keeps plugging ahead.
Brad
December 14, 2013 at 2:40 PM

galfromdownunder said…
Great Brad! Mine is sitting in front of me now, glimmering away. Make sure she doesn't set the house on fire with it!
February 13, 2014 at 8:23 PM

Siri Ward said…
SO glad I found this post! Im KOSTA crazy for snowballs. I have about 2 dozen. My mother is Swedish and loves glass. She gave my sister and I each a set of 3 snowballs once we had moved out. The largest, the medium sized - most common - and the little one. The rest I've found second hand. I really thought there were copies of these out there. Not all the snowballs I have look the same. I suppose this can happen with anything, not every lot is identical. Most no longer have stickers. (People do not realize you are supposed to leave the stickers on. A house guest once peeled all the Orrefors stickers off of my mothers stemware!)
I just loved reading about how you became interested in the snowball and the research you have done!

galfromdownunder said…
Dear Siri,
Wonderful to meet a fellow KB snowball obsessor! I’ve been searching for the larger one but it’s hard to find, so hang onto that one. I’m pretty sure we all took labels off everything in the past, just with vintage stuff it’s always way cooler to have left them on. It’s funny, there’s something about a “singular snowball” flickering away that’s more appealing to me, so I’ve been giving mine away as gifts. Besides, the fancy beeswax tealights I now insist on makes them way too expensive to run more than one or two at a time now. The advantage of collecting the vintage ones is not only a cheaper price, they are all different - just like real snowballs. They could well be made in China now and/or pressed out of a mold - I haven’t ascertained if the new ones are all the same. Thank you and keep on snowballing!
November 28, 2017 at 6:08 AM